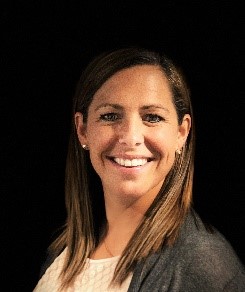 Jennifer Hunt played at the collegiate level at Bellarmine University.  As a catcher, she earned ALL GLVC and ALL GLIAC Regional honors.  After graduation she was instrumental in starting the fastpitch training program at Champions Academy helping young players transition from slow pitch to fastpitch as it switched over in Kentucky.  She also immediately went into coaching at the high school level.  Through her coaching career at the high school level form 2003-2015, her staff was a 5 time KSCA coaching staff of the year for the 7th region and a 6 time7th region All Metro Coaches Association coaching staff of the year.  After taking a few years off to raise her daughters, she moved into the travel ball ranks at the 18u level.  There they placed 5th in the TCS Summer Nationals in their first year.  She then teamed up with Lisa Pinkston and the Indiana Fusion Elite to take a first year 16u team.  In her first year with the team, they were Co-Champions of the Atlanta Legacy and Co National Champions of the Triple Crown East Coast Summer Nationals out of 89 teams!  She has a large network of coaching connections that feeds her passion to get her players recruited and fully prepared for the next level.  They put a strong emphasis on player development.  She has coached any athletes into all divisions including the professional level in the NPF.  Hitting is her passion!  She has been a hitting instructor for the last 17 years.  Jennifer also is the Fusion organization’s Kentucky Director and the Director of Youth Development at the 12u level and below.