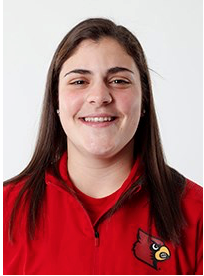 Coach G Zeremenko joined IFE in 2019 as an Assistant Coach to the 18U Premier Pinkston-KY team.  She is also joined the University of Louisville Softball Coaching Staff in 2018 as a Volunteer Assistant Coach.   Coach G grew up in Canonsburg, PA and played softball from 2015-2018 at the University of Pittsburgh where she graduated with a degree in Exercise Science.  During her career at Pittsburgh she helped them to the 2018 ACC Coastal Division title and a pair of runner-up finishes in the conference championship.  Following her collegiate career at Pittsburgh, Zeremenko became the first softball player in Pitt history to be drafted to play professionally.  She was selected by the E1 Pro Ballers as the 19th overall pick in the inaugural American Softball Association (ASBA) draft.

Owns single-season program record with a .487 on base percentage (Pitt-2016)